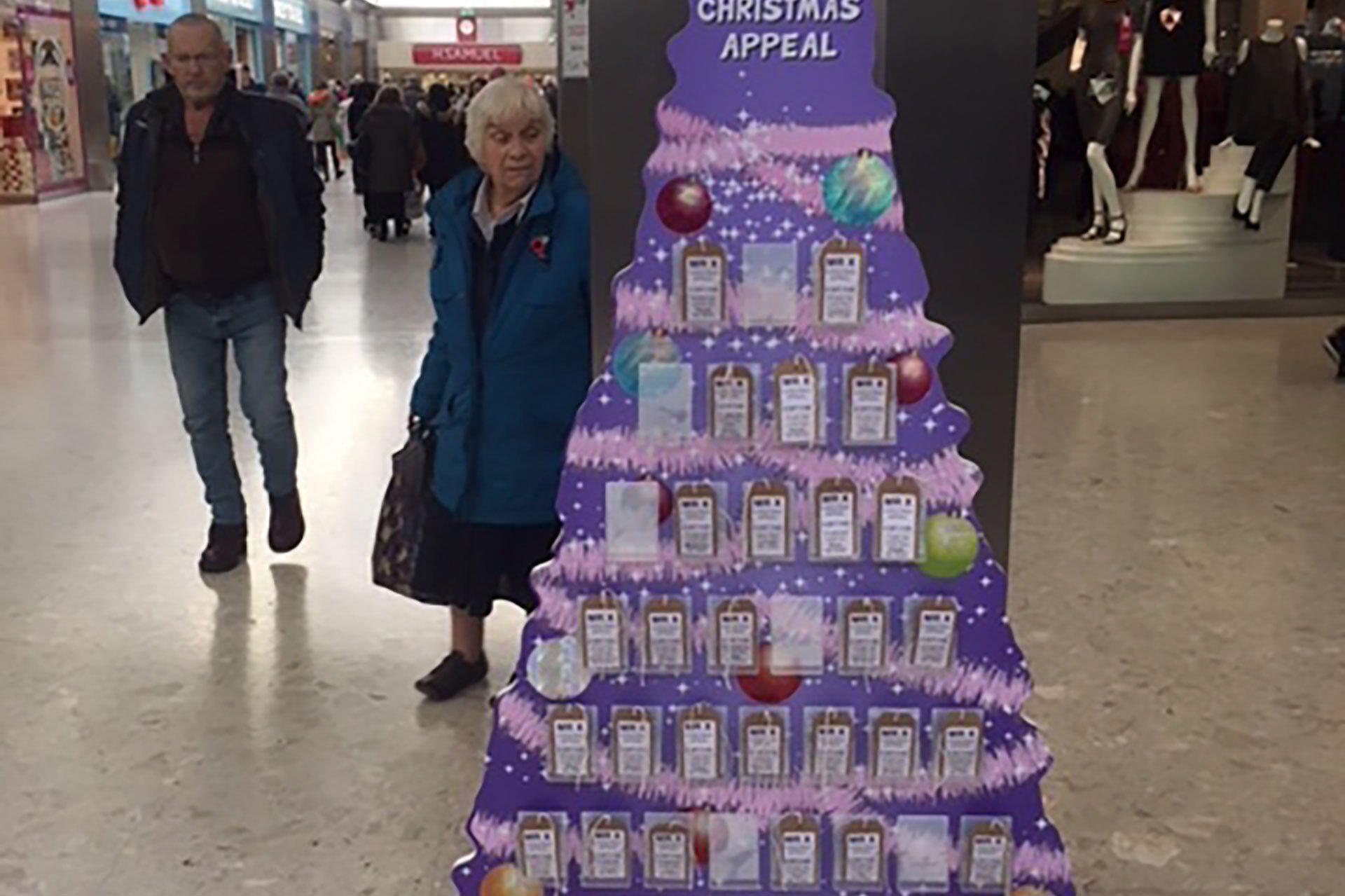 Quadrant Shopping Centre’s Mr X Christmas Giving Tree is already exceeding expectations, with 170 gifts donated and a further 960 tags taken from the tree by generous customers, after being launched two weeks ago.

Swansea customers are once again proving to be incredibly kind-hearted in supporting the Mr X Appeal’s initiative with hopes that it beats last year’s total of 4,500 presents – all of which go on to be donated to underprivileged children in Swansea and surrounding area’s

Now in its 58th year, the Mr X Appeal campaign was started by Tom Bravin – a local retail manager who anonymously delivered thousands of presents to youngsters around the Swansea area for years and was only known as Mr X. Tom’s identity was finally revealed after he sadly passed away last year, and now his good work continues across the city with so many of the local community donating gifts.

Lisa Hartley, Quadrant Shopping Centre manager, said: “We have supported the charity for more than 10 years and every year our customers prove to be even more giving than the last. Mr X was known as Swansea’s very own Santa and it’s wonderful to see that his legacy endures and not only that, but it continues to gain momentum. We can’t believe the response we have had so far and we’re hoping this will be our most successful yet.”

Lisa said shoppers are invited to take a tag from the tree that has specific details of a child’s age and gender and then choose a gift for them. “People just select a tag, buy the gift and take it to the centre’s management office on the first floor,” she said. “All the presents will then be collected and distributed to deserving children across the region.”

A spokesperson for Mr X said: “The people of South Wales are so very generous. I get a lot of enquiries in regards to when Quadrant’s Christmas Giving Tree is going up and once it is, it’s all hands on deck. As the collection quickly starts to build up, more and more tags are requested.”

Tom Bravin started collecting gifts after his family’s personal experience of taking an orphan in to their family and he decided that no child should go without a visit from Santa and so Mr X was born. Since then, up to 250,000 children have received gifts meaning that not a single little one known by authorities in West Glamorgan and Carmarthenshire has been left out at Christmas.

Five years ago, Tom Bravin set up a small team of three to carry on the appeal for future years and they have been running it on his behalf ever since.

The spokesperson added: “Mr X received an MBE from the Queen in 1994 and he always stated that he collected it on behalf of the people of South Wales because without their kindness he would never have achieved such an honour. With that in mind his family have donated his Medal to Swansea’s Museum where it is now on display.”

The Christmas Giving Tree is at the centre now, located between Dorothy Perkins and Krispy Kreme, and gifts will be collected until Christmas Eve.